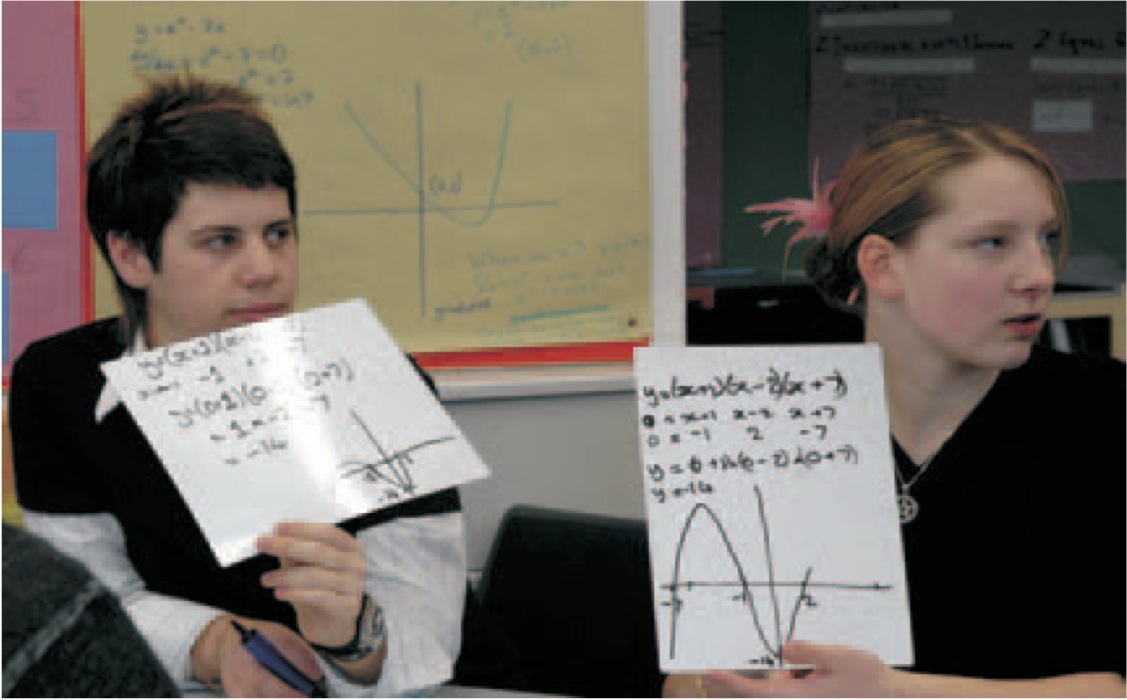 This tool offers detailed support for a meeting to introduce parents, including “concerned parents”, to the mathematics that is taught in high-performing countries, and described in the Common Core State Standards in Mathematics and related State Standards. It may also be useful with other stakeholders: employers, school boards, and school and district administrators.

In some areas the term "Common Core" has become politically toxic. It can fairly be replaced by "standards in high-performing countries", on which the Common Core is based. To make this easier we have used the word "Standards" in most of the slides and handouts

When more time is available, there are two associated extension activities that enable groups to look in more depth into two genres that are fundamental in learning mathematics:

Mathematics leadership in schools and districts.

In introducing any innovation it is important to have the support of all the groups of stakeholders who are affected. In education, parents are a key constituency to keep well informed. The broader, more robust international standards, set out in the Common Core, represent a vision for mathematics that some parents will find strange and worrying. The session is designed to give parents:

To this end, the session is activity-based, with parents being asked to participate and “get a feeling” for the students’ experience, and how it differs from their memory of “school math”.

The activities are designed to address both the content and the “Mathematical Practices” outlined in the Standards in a way that assuages parental concerns, while ensuring that:

To this end the activities are selected to feature accessible problem solving experiences, while the core on concepts and skills is structured to avoid parents’ public exposure.